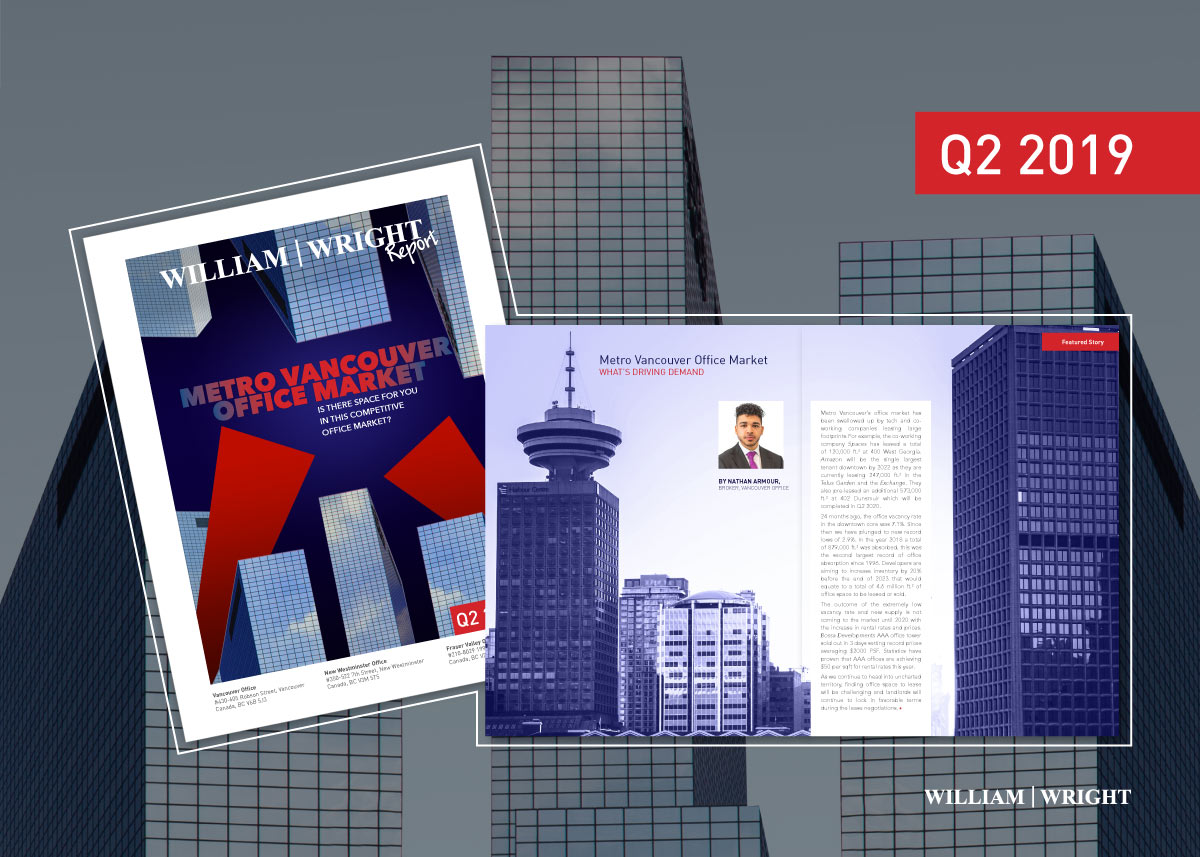 Metro Vancouver’s office market has been swallowed up by tech and coworking companies leasing large footprints. For example, the co-working company Spaces has leased a total of 120,000 ft.² at 400 West Georgia. Amazon will be the single largest tenant downtown by 2022 as they are currently leasing 247,000 ft.² in the Telus Garden and the Exchange. They also pre-leased an additional 573,000 ft.² at 402 Dunsmuir which will be completed in Q2 2020.

24 months ago, the office vacancy rate in the downtown core was 7.1%. Since then we have plunged to new record lows of 2.9%. In the year 2018 a total of 879,000 ft.² was absorbed, this was the second largest record of office absorption since 1996. Developers are aiming to increase inventory by 20% before the end of 2023 that would equate to a total of 4.6 million ft.² of office space to be leased or sold.

The outcome of the extremely low vacancy rate and new supply is not coming to the market until 2020 with the increase in rental rates and prices. Bosa Developments AAA office tower sold out in 3 days setting record prices averaging $2000 PSF. Statistics have proven that AAA offices are achieving $50 per sqft for rental rates this year. As we continue to head into uncharted territory, finding office space to lease will be challenging and landlords will continue to lock in favorable terms during the lease negotiations.

As housing prices cool down, residential inventory begins to add up, and the market shift from a sellers to a buyers market has taken full affect. A recent report shows that only +/- 12% of people can afford to buy a home with a Vancouver address despite the above mentioned market shift.

Further Skytrain expansion, affordable homes prices, and BC’s fastest growing city, Surrey, makes the Fraser Valley market place a hot spot for commercial real estate. From residential development land to small bay strata industrial units in Langley, Surrey, Delta, Abbotsford, and Maple Ridge, they find themselves in the centre of rapidly growing populations which will spin off into job creation and continue to drive up demand for both lease and sale of commercial real estate.

The booming population has attracted some of the world’s biggest employers to set up shops in the Fraser Valley. Walmart Canada will spend $175 million to build a 300,000-square-foot fulfilment centre in Surrey’s Campbell Heights Business Park. It will be part of a national plan by Walmart to offer home delivery of groceries.

The future Surrey distribution centre will have space for frozen foods and produce as well as for shelf-stable groceries and other products. Walmart expects the centre will be operational by 2022. Construction will begin early in 2021 and Walmart estimates this new fulfilment centre will employ between 150 and 200 people.

Walmart’s competition in the online-sales space is indisputably mega-retailer Amazon, which already has two large distribution centres in Metro Vancouver, including one at the Delta Ports which is said to occupy more than +/- 450,000,000 by 2023.

Major developers such as Concord Pacific and Anthem Properties have bought up most of Surrey’s City Centre District for mixed use future development which will center around the Skytrain stations along the expo line and plans are being reviewed the extend the line into City and Township of Langley. All this adds up to continued demand for commercial real estate through the Fraser Valley and surrounding regions. It’s estimated that Surrey’s population will surpass Vancouver’s population by 2030 making Surrey the provinces most populated city.

In August of 2018, William Wright Commercial opened our first Fraser Valley office located in Langley just off Hwy 1 and 200th Street within the Spire Professional Centre. Our belief of having local professionals within the Fraser Valley will help us provide the most up to date and detailed information to our clients who live and own commercial real estate within the region. Attending and interacting with local landowners will allow us to speak from firsthand knowledge of the area of what is trending and driving the marketplace. 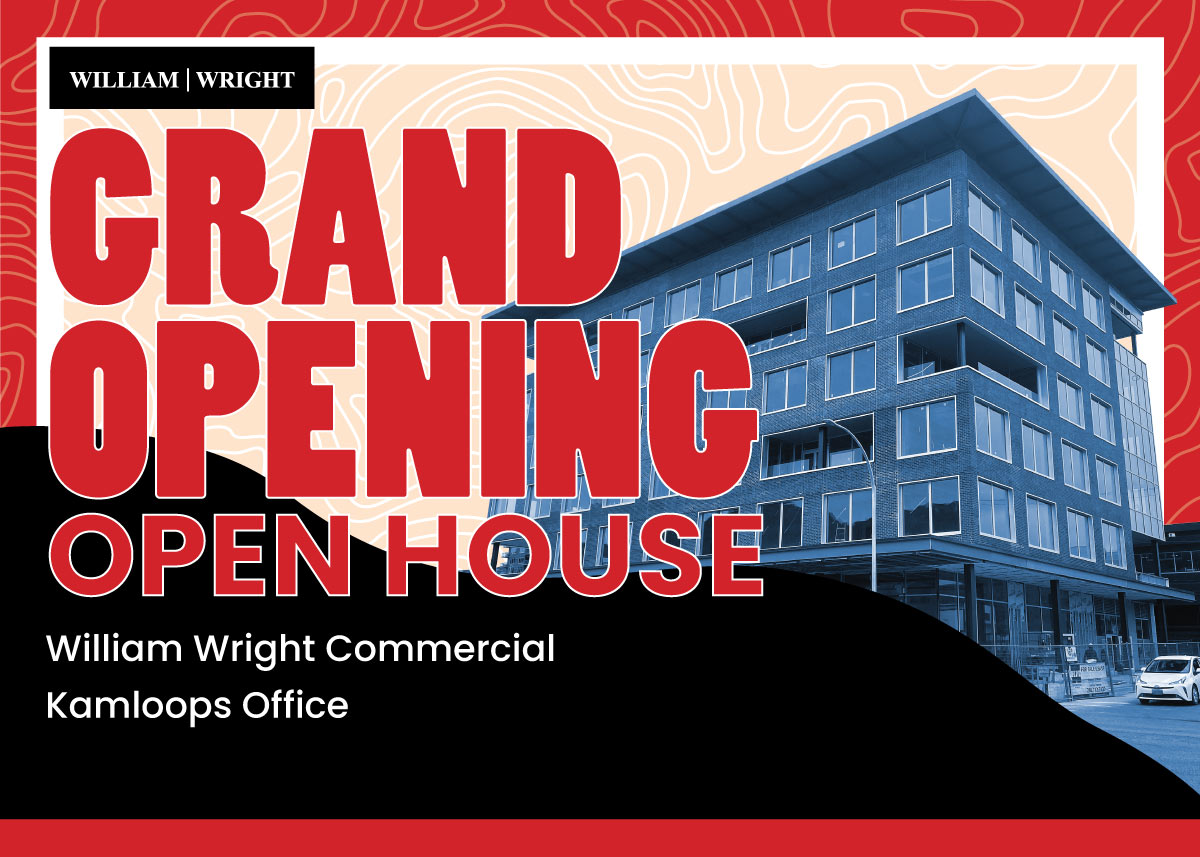